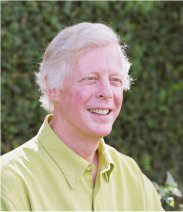 J. Edward Chamberlin has written extensively on oral and written traditions of many indigenous peoples, and has travelled the world learning the stories and songs of those cultures. A professor emeritus and specialist in English and Comparative Literature, he has published numerous books of criticism, including Come Back to Me My Language: Poetry and the West Indies and If This is Your Land, Where Are Your Stories? He has worked on native land claims in Canada, the United States, Africa, and Australia, and served on Canada’s Royal Commission on Aboriginal Peoples.  His letterpress-printed chapbook The Snarl Around Our Dory: The long line of island traditions was first presented as the 2009 Pratt Lecture at Memorial University of Newfoundland and Labrador, and printed by Running the Goat at the request of the Pratt Committee.