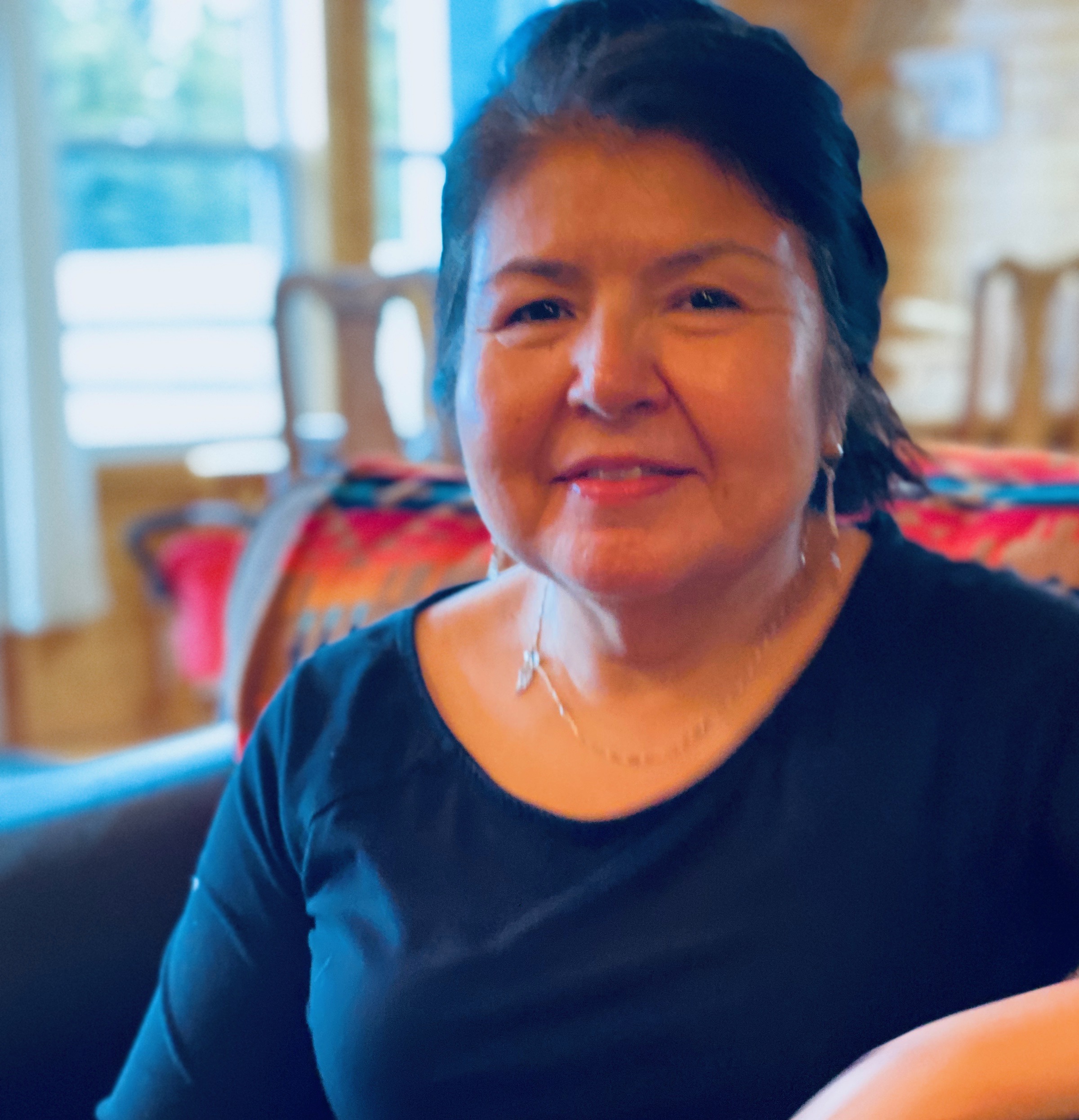 Mary Ann Penashue is an Innu artist born in 1964 in Birch Island near Goose Bay, NL. Raised by her grandparents in a small village called Mud Lake, Mary Ann learned from them Innu culture and traditions.

She began painting in her early 30s; her original commitment to communicate her culture and people through her art has never wavered. Her art has been celebrated for its combination of modern technique and colour to portray traditional Innu cultural images.

In 2007 Mary Ann was named “Emerging Artist of the Year” by the Newfoundland and Labrador Arts Council. In 2011, she was accepted into the Ottawa School of Art’s Fine Art Diploma program, and graduated in 2016.

Mary Ann has been commissioned by several Aboriginal organizations throughout Labrador and Quebec to paint images of Tshenut (Elders), and has immortalized their faces in approximately 500 pieces.  Her work has been exhibited throughout Newfoundland and Labrador, Quebec and Ontario and she has been show-cased at the Northern Lights Show in Ottawa, Canada’s capital city.

With her work in Nutaui’s Cap, she is bringing her artistic talents to children’s book illustration for the first time.

She resides with her husband, Peter Penashue, their children and grandchildren in Sheshatshiu, Labrador.